NileSat to Launch NileSat-301 in June

Egypt’s publicly-traded satellite operator Nilesat will be launching its fourth, Egypt’s tenth, and Africa’s 48th satellite, NileSat-301 sometime in May. According to Thales Alenia Space, the satellite manufacturer, Nilesat-301 has recently been placed inside its transport container and is now ready for departure. It will leave Cannes’ plant in the upcoming weeks, heading for Fos Sur Mer to take the ship to Cape Canaveral.
Nilesat signed the contract with Thales Alenia Space back in December 2019, and the project had a development timeline of 25 months. However, the project timeline has extended four more months from January 2022, which was the previous deadline. NileSat also signed a launch contract with SpaceX for the in-orbit delivery of the satellite.
The satellite will have a minimum lifespan of 15 years in orbit and will deliver communications and satellite broadband services to Egypt and neighboring countries in North Africa and the Middle East.
Furthermore, NileSat-301 will be Nilesat’s fourth satellite in space. The first, Nilesat 101, was launched into space in 1998, followed by Nilesat 102 which was launched two years later. Both satellites were built by the defunct French aerospace company Matra Marconi, now Airbus Defence and Space. Nilesat’s third satellite, Nilesat 201, was built by Thales Alenia Space.
Nilesat’s other satellites were all launched by European launch provider Arianespace and from Europe’s Spaceport in Kourou, French Guiana. 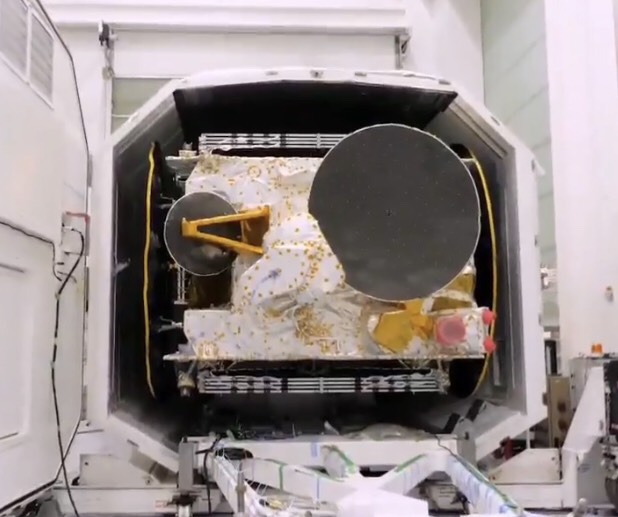